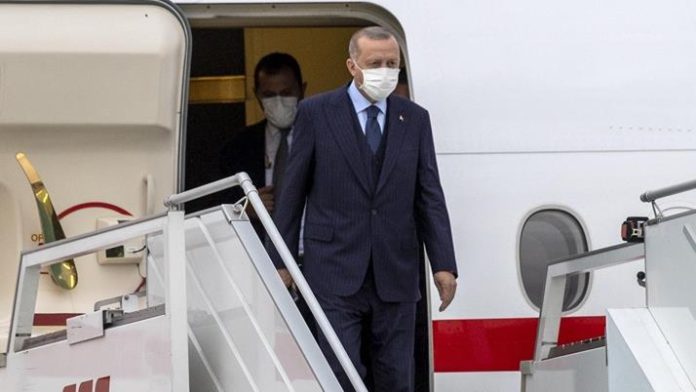 Erdogan was welcomed at Esenboga Airport in the capital Ankara by Vice President Fuat Oktay, Ankara Governor Vasip Sahin and other officials.

On Wednesday, Erdogan is expected to attend a NATO leaders’ summit via video conference.

Erdogan’s visit to Guinea-Bissau, the third stop of his Africa tour, was postponed to a later date, the country’s Communications Directorate said in a statement Tuesday.

The Turkish president was in Senegal for the second stop of his official visit to Africa before he returned to Turkiye.

Turkish stocks up at midweek's close