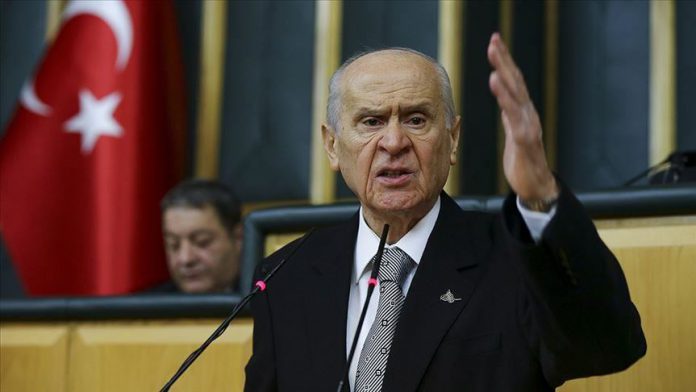 Crimes against humanity including genocide were committed in Azerbaijan’s Nagorno-Karabakh region on Feb. 26, 1992, a Turkish politician said Tuesday.

“In Khojaly town, international crimes like genocide, crimes against humanity, crimes of aggression and crimes against peace were committed,” Devlet Bahceli told his party’s parliamentary group.

“Khojaly has not been recognized as genocide internationally,” said Bahceli, who leads the Nationalist Movement Party (MHP).

He said: “The Khojaly genocide should be registered in the International Criminal Court, War Crimes Tribunal, Human Rights Court. Whatever is necessary should be done for the criminals.”

Suleymanoglu remembered on anniversary of death

What's going on in South Africa in 5 questions