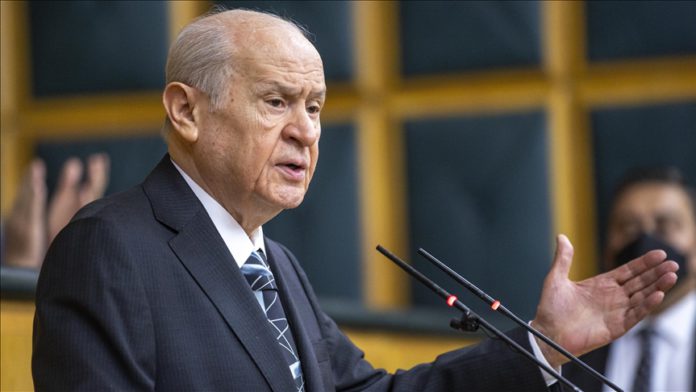 The head of a major political party in Turkiye on Tuesday urged Iraq to appoint more than one Turkmen minister in the country’s new forthcoming Cabinet.

“Turkmens, like Kurds and Arabs, are one of the three founding elements of Iraq, and this status was approved and registered by a decision taken by the Iraqi parliament. In other words, an Iraq without Turkmens is wounded, incomplete, half-orphaned,” Devlet Bahceli, the leader of Nationalist Movement Party (MHP), told his party’s parliamentary group.

A coalition led by Shia cleric Muqtada al-Sadr gained 73 seats in the 329-member parliament in the Oct. 10 elections. Pro-Iranian factions, however, saw their seats shrink from 48 in the 2018 elections to only 17.

On Dec. 4, Hadi al-Ameri, the Fatah coalition’s head, filed a lawsuit with the Federal Court to challenge the election results, citing technical and legal violations. However, after rejecting the petition on Dec. 26, the court validated the results. Fatah is an alliance of former paramilitary Hashd al-Shaabi groups, most of which are pro-Iranian.

The president, according to Article 54 of the Iraqi Constitution, is responsible for convening the new parliament within 15 days after the election results are approved.

However, political strife, uncertainty, and negotiations prolonged the government formation process, and the new government is expected to be announced next month.

Turkmens are valued and respected members of Iraqi society, Bahceli stressed, adding that fair and equitable political representation in Iraq was their most natural right.

“In this context, it is a historical and political obligation for Turkmens to take part in the new government to be established in Iraq with more than one ministry,” he emphasized.

“Iraqi Turkmens cannot be ignored and their rights and laws cannot be violated,” he added.