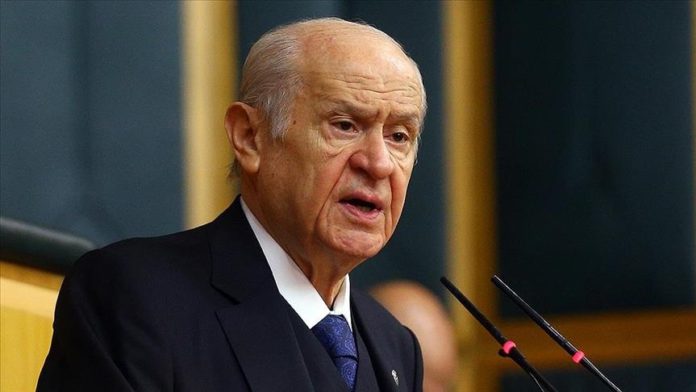 “The assassination of Iranian scientist Mohsen Fakhrizadeh on Nov. 27 in a gun attack in Tehran was a grave murder, no different from the assassination of Gen. Qasem Soleimani” this January, Devlet Bahceli told his party’s parliamentary group.

“It is clear that this brutal attack was carried out in a very organized manner,” he said, adding that such attacks are terrorism. “What grabs our attention is the timing of the assassination,” he said.

Mohsen Fakhrizadeh was killed by unidentified gunmen on the outskirts of the capital Tehran on Friday.

Five top-ranking Iranian nuclear scientists have been the target of assassination attempts since 2010. Iran blames them on Israel.

The attack drew anger and outrage across Iran. A large group of protesters gathered outside President Hassan Rouhani’s office in Tehran late Friday and demanded retaliation.

It is the second high-profile assassination of an Iranian since January when a US airstrike killed Soleimani in Baghdad. Iranian officials suspect Israel-US coordination in that attack.

Death toll from flooding in Sudan climbs to 138