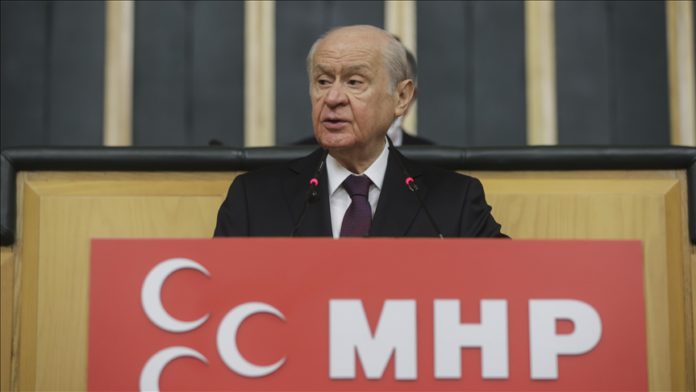 Devlet Bahceli, the leader of Turkiye’s Nationalist Movement Party (MHP), Tuesday called on Russia to respect the territorial integrity of Ukraine amid fears of war.

“[Russia] should respect the territorial integrity and unity of Ukraine and also abandon the illegitimate annexation of Crimea,” Bahceli told his party’s parliamentary group.

He said a military conflict in the Caucasus would have no winners, adding that Turkiye will suffer the most.

He again praised Turkish President Recep Tayyip Erdogan’s efforts to mediate between Russia and Ukraine. “His role is valuable, respectable, sincere, serving the peace of the region, of course, it is our only wish that it will lead to good results,” he said.

Russia is now accused to have amassed thousands of troops near Ukraine, prompting fears that it could be planning another military offensive against its former Soviet neighbor.

Moscow, however, has denied it is planning an attack, and said its troops are there for exercises.

The Russian Defense Ministry said on Tuesday some of its troops are returning to their bases as combat training missions “are coming to an end.” But a large-scale Russian-Belarusian military drill will last until Feb. 20.

NATO, however, says there has been no de-escalation on the ground.