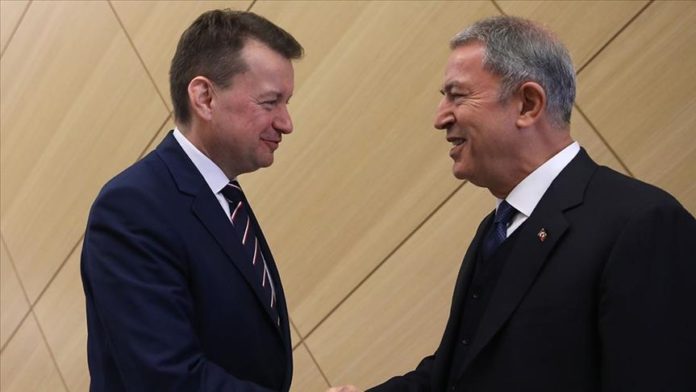 Turkish Defense Minister Hulusi Akar exchanged views with his Polish counterpart on bilateral and regional defense and security issues during a telephone conversation, according to the Turkish National Defense Ministry on Wednesday.

Turkey started an anti-terror offensive – Operation Claw-Eagle 2 – in the Gara region earlier this month to prevent the PKK and other terror groups from re-establishing positions used to carry out cross-border terror attacks against Turkey.

Turkish forces found the bodies of 13 people – 12 of them Turkish nationals – who were executed by the PKK terror group, during the operation.

The massacre drew widespread condemnation in Turkey and around the world, with Ankara reaffirming its resolve to wipe out the terror group and ensuring swift retribution.

Operations Claw-Tiger and Claw-Eagle were initiated last June in northern Iraq to ensure the safety of Turkey’s nationals and borders.

In its more than 35-year terror campaign against Turkey, the PKK – listed as a terrorist organization by Turkey, the US, and the European Union – has been responsible for the deaths of at least 40,000 people, including women, children and infants.