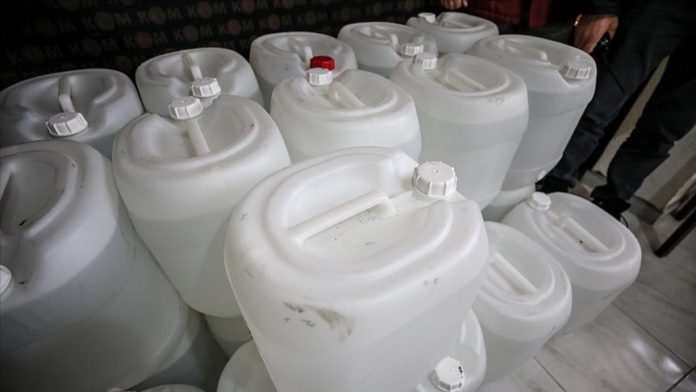 Turkish police on Friday seized over 6 tons of bootleg alcohol and arrested 51 people for alleged involvement in its distillation and distribution.

In the run up to New Year’s eve, raids were conducted across nine provinces of the country — Istanbul, Bilecik, Giresun, Kocaeli, Mersin, Nigde, Samsun, Mugla and Antalya, said security sources.

A search is underway to capture 12 fugitive suspects.

Turkey has cracked down on bootleg liquor production after at least 92 people in the country died of alcohol poisoning in the last 70 days, according to data compiled by Anadolu Agency.

Bootleg alcohol is made using low-cost methyl alcohol instead of ethyl alcohol, which causes serious harm to human health and in some cases even death.

'Turkey will use force if Idlib cease-fire violated'