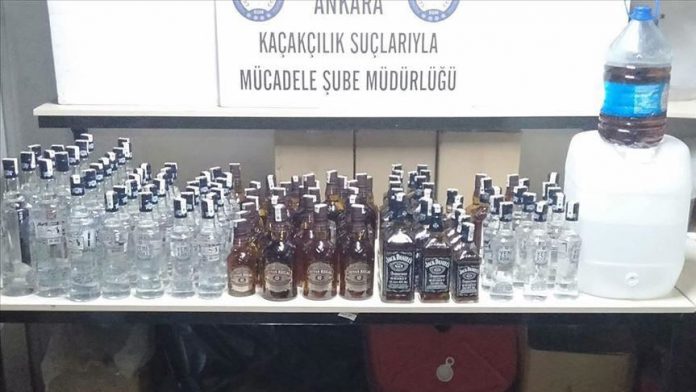 Turkish police seized 24 tons of ethyl alcohol on Thursday in an operation against bootleg liquor in the country’s capital Ankara.

In the operation, authorities arrested two suspects in a warehouse for involvement in the production of the liquor that would have been consumed at New Year’s celebrations.

The bootleg liquor often cause death and serious permanent disease.