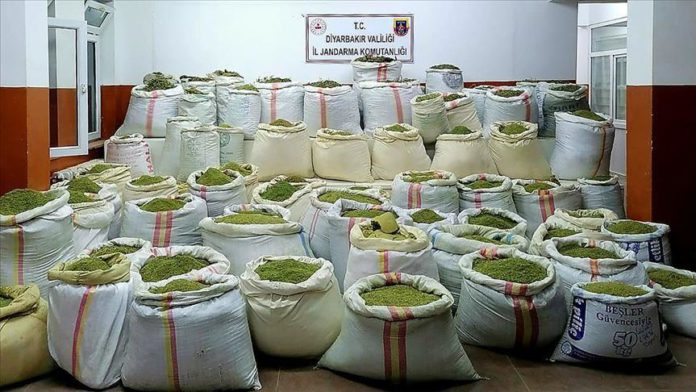 Local gendarmerie forces seized the drugs in an anti-narco-terror operation in Lice in the Diyarbakir province as part of Operation Yildirim-7 in the region, said the statement.

The drugs were seized at 18 different points across the province, it added.

The cannabis sativa roots were destroyed on site.

Turkey’s ongoing crackdown on drugs has helped it fight narco-terrorism, or profits from the illegal drug trade funding terrorist groups such as the PKK.

Anti-terror Operation Yildirim-7, launched on Aug. 26 with as many as 1,495 security personnel, aims at completely eliminating the PKK separatist terror group and neutralizing all terrorists hiding out in the region.

In its more than 30-year terror campaign against Turkey, the PKK — listed as a terrorist organization by Turkey, the US and the European Union — has been responsible for the deaths of 40,000 people, including women, children, and infants.