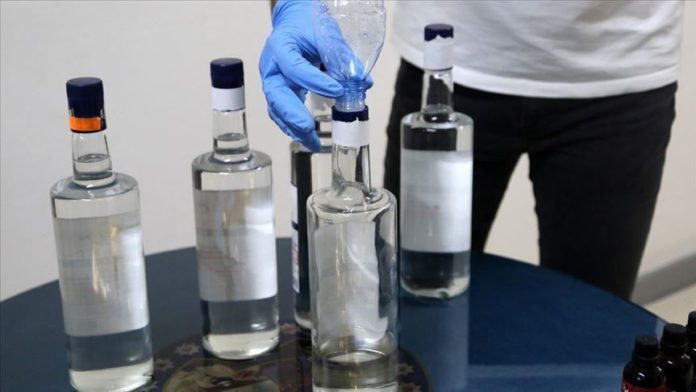 Turkish police in Istanbul seized 47 tons of methyl alcohol in an operation against bootleg liquor, said security sources on Tuesday.

After tracking down sales of illegal bootleg alcohol, police seized 500 bottles of bootleg liquor that were determined to be supplied by cargo, said the sources, who asked not to be named due to restrictions on speaking to the media.