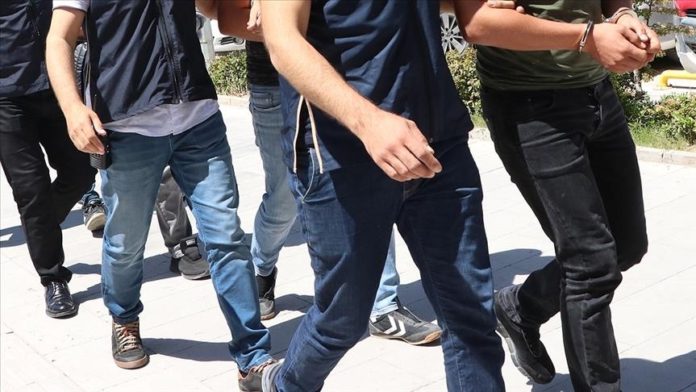 Turkish police on Monday detained three suspects for desecrating a church in Istanbul.

The Anadolu Chief Public Prosecutor’s Office in Istanbul launched an investigation into a group playing music and dancing next to a stone cross atop the large courtyard gate of the Surp Takavor Armenian Church in the city’s Kadikoy district late Sunday.

Police held the three suspects, while an investigation is underway.

The Istanbul Governorate in a statement identified the suspects only by initials Y.E.U, O.F.A and O.Y. “A judicial and administrative investigation has been launched. We condemn this ugly behavior towards the place of worship,” it said.

“We consider any action targeting mosques, churches, synagogues, and violating the dignity of religious places as a provocation, and condemn it in the name of humanity,” Omer Celik, the spokesperson for the Justice and Development (AK) Party, said on Twitter.

Justice Minister Abdulhamit Gul said: “Regardless of your belief, it is our common sensitivity to protect and preserve the temples and holy places with respect.”

Vice President Fuat Oktay said disrespecting a church is never acceptable. “The place of worship is sacred regardless of faith. We will neither allow nor tolerate the ugly and provocative images of last night,” he said.