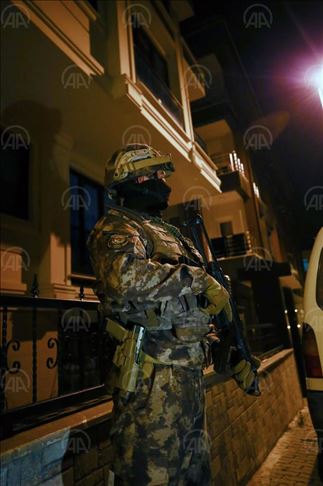 Turkish anti-terror police conducted operations in the early hours of Monday in Istanbul.

According to a police statement, the operations were carried out to arrest Daesh/ISIS terror suspects with alleged links to the terrorist group’s operatives in Syria.

Some 17 addresses in 11 districts of Istanbul were stormed and 17 terror suspects were arrested, the statement said.

The country has since been attacked by Daesh/ISIS terrorists multiple times, with 315 people killed and hundreds more injured in at least 10 suicide bombings, seven bomb attacks and four armed attacks.

In response, Turkey has launched anti-terror operations at home and abroad to prevent further attacks.