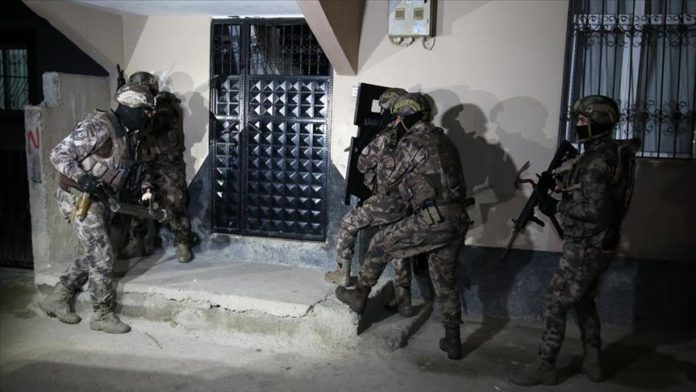 Following an investigation carried out by public prosecutors of the southern Adana province, gendarmerie and anti-terror police conducted raids against the terror group in three provinces — Adana, Kocaeli, and Diyarbakir –, said the source, who asked not to be named due to restrictions on speaking to the media.

The raids came after arrest warrants were issued for six suspects, whose names were found on organizational compasses seized from a terrorist who was neutralized on Oct. 3 in the southeastern Diyarbakir province.

Efforts are underway to capture the fugitive suspect.