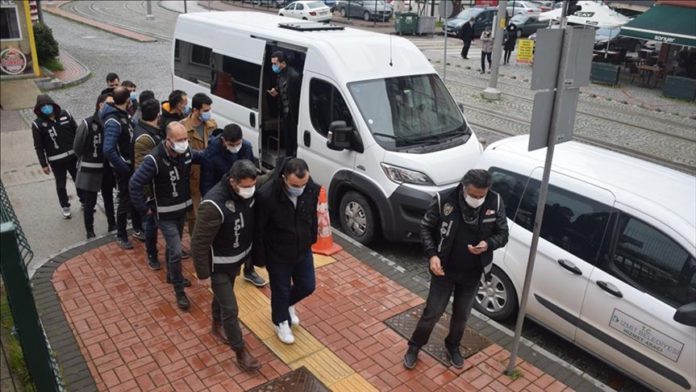 Police in Turkey arrested 36 people over their suspected links to the Fetullah Terrorist Organization (FETO), the group behind the 2016 defeated coup in the country, security sources said on Friday.

Prosecutors in the central Konya province issued arrest warrants for 10 suspects as part of a probe into FETO’s infiltration of the Turkish Armed Forces, said a source on condition of anonymity due to restrictions on speaking to the media.