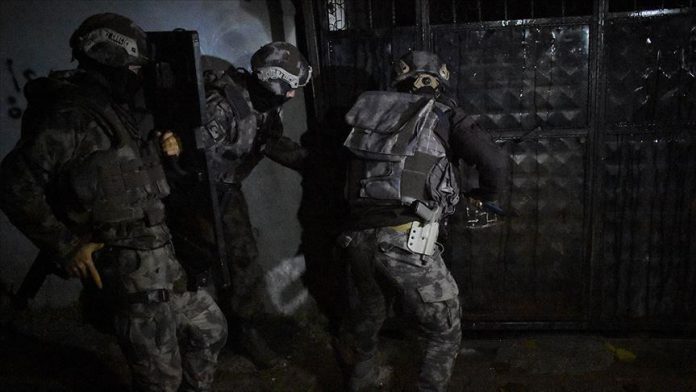 Turkish security forces arrested 14 people in the capital Ankara on Friday for their suspected links to the YPG/PKK terror group, police said.

Anti-terror squads carried out an operation to nab 15 foreign nationals, the Ankara police said on Twitter.

With 14 suspects arrested, police hunt for the other suspect at large is underway.

In its more than 30-year terror campaign against Turkey, the PKK — listed as a terrorist organization by Turkey, the U.S. and EU — has been responsible for the deaths of 40,000 people, including women, children and infants. The YPG is the PKK’s Syrian offshoot.