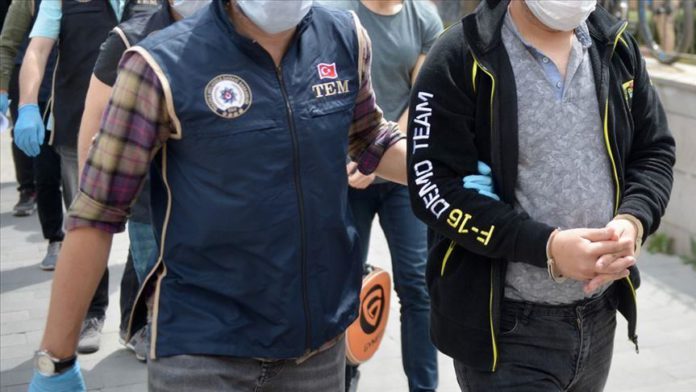 Turkish police arrested 13 suspects in raids in the Aegean Izmir province for their alleged links to the PKK/KCK terror group, security sources said on Tuesday.

Anti-terror police launched an investigation into the suspects, who are allegedly part of the terror group, and involved in terror propaganda on social media, the provincial security directorate said in a statement.