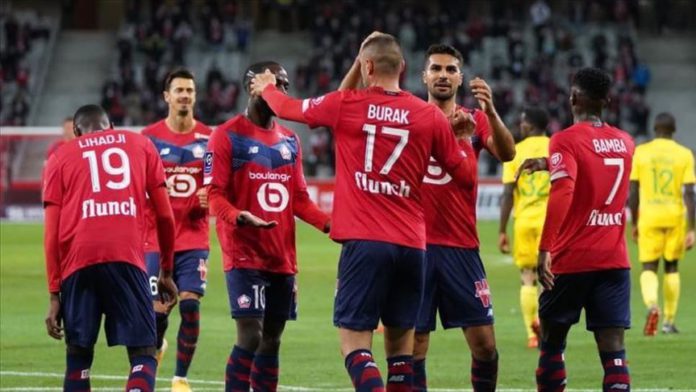 Lille’s Yusuf Yazici scored his first European game hat-trick against Sparta Prague in the Europa League on Thursday to add his name to the list of the Turkish players who scored hat-tricks in the European games.

From the 1960s to today, Turkish fans saw many hat-trick scorers to help their teams’ victories in the UEFA competitions.

One of the greatest Turkish football legends, Galatasaray’s former forward Metin Oktay, scored a hat-trick over the Polish team Polonia Bytom in the European Cup in November 1962.

Another former Fenerbahce player, Tuncay Sanli, became the first Turkish player to score a hat-trick in the Champions League.

Sanli helped his team seal a remarkable 3-0 win against the English Premier League side Manchester United in Dec. 2004.

This season Fenerbahce collected nine points to be third in the group stage and qualified for UEFA Cup.

He also became the first Turkish striker to score a hat-trick in an away Champions League match in Galatasaray’s 3-1 win against Cluj in November 2012.

Former winger Olcan Adin also added his name to this list when Trabzonspor defeated Apollon Limassol from the Greek Cypriot administration of Southern Cyprus 4-2 in the Europa League in November 2013.

He led his team to victory with three goals in Trabzon as he was the first Trabzonspor player to score a hat-trick in any European game.

Fenerbahce’s Semih Senturk had a great form in Istanbul’s clubs Champions League second qualifying round game against MTK Budapest in 2008.

He scored four goals while his team defeated the Hungarian club 5-0 to qualify for the third qualifying round.

Galatasaray’s Ardan Turan, former Barcelona and Atletico Madrid player, is another Turkish player who scored a hat-trick in the Champions League.

He dominated the Champions League group match against Borussia Monchengladbach in 2016 with three goals, while Barcelona gained a comfortable 4-0 win at Camp Nou.

Russia condemns US sanctions against Cuba