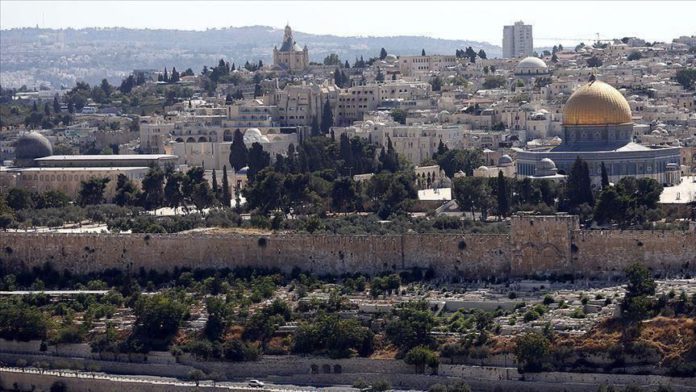 Turkey’s Ankara Civil Society Platform (ASTP) on Thursday called for protection of Al-Aqsa Mosque from the Israeli occupation and called for establishing a global Quds forum.

In a statement issued on the occasion of the Day of Arafah — which coincides with the second day of the Hajj, Muslims’ major pilgrimage — ASTP called on Muslims around the world, both individuals and çivil society institutions, to enhance cooperation to free Al-Aqsa Mosque “from occupation and support the struggle for Jerusalemites.”

Al-Aqsa represents the world’s third holiest site for Muslims, while Jews refer to the area as the “Temple Mount,” claiming it was the site of two Jewish temples in ancient times.

The platform also urged the Organization of Islamic Cooperation (OIC) to “work first and foremost primarily for this noble cause, pursue diplomatic initiatives and activate mechanisms towards protection of holy sites and Waqf monuments.”

Similar call was made to the UN “to uphold all the resolutions adopted by international community regarding Jerusalem and al-Aqsa Mosque, take the necessary actions, and impose sanctions against the occupying power [Israel] who has systematically discarded these resolutions.”

The platform touched on the necessity to take an action against the Israeli occupation, saying it has “oppressed Jerusalemites and annihilated the religious, cultural and historical identity of the city.”

ASTP urged for global consciousness against “distortion and oppressions directed towards Jerusalemites and the holy city” and called for forming a “Quds Forum” at a global level to be devoted for enhancing cooperation for Al-Aqsa.