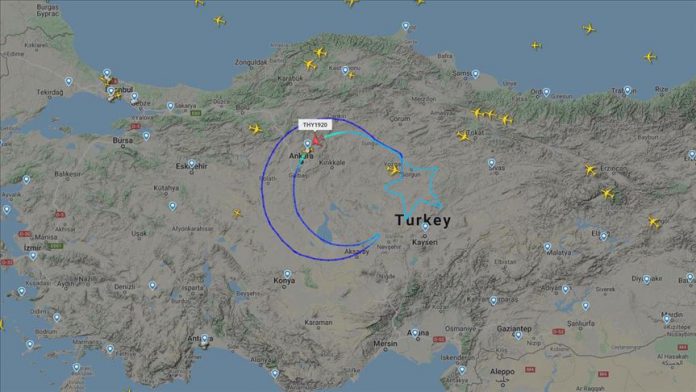 A Turkish plane followed a route marking a crescent and sky, the national flag of Turkey, above Anatolia on Thursday.

A specially arranged Turkish Airlines flight, TK1920, followed the route, as the country celebrated the National Sovereignty and Children’s Day.

National Sovereignty and Children’s Day is a public holiday in Turkey commemorating the foundation of the Turkish Grand National Assembly on April 23, 1920. This