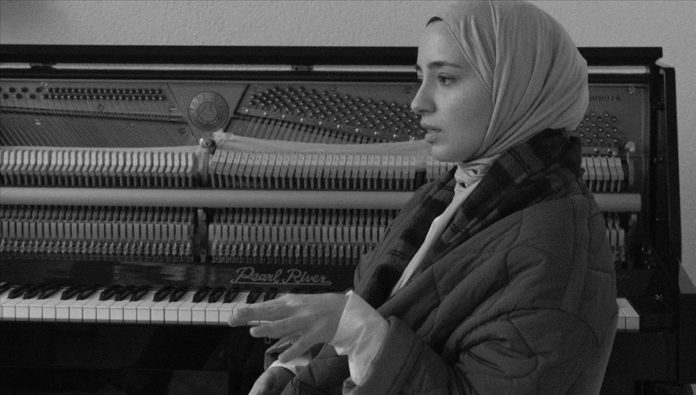 The London-based agency Manners McDade, which specializes in new classical and electronic music since 2001, announced its collaboration with Busra Kayikci, said a statement.

The agency also works with many world-famous composers such as Nils Frahm, Christian Loffler, and Balmorhea.

“Joining the Manners McDade family is an important step in my career,” Kayikci told Anadolu Agency.

“In this way, my music will reach wider audiences and even different sectors. I believe this will both improve and enrich me,” she noted. “It is also an honor for me to see my name together with many artists whose work I have hot inspiration and followed fondly since I embarked on my journey of composition.”

One of the representatives of minimalist music in Turkiye, Kayikci will take part in the collective album project to be published on March 29, World Piano Day, with her new work “Qarib”.

The album will be released by Leiter Verlag, the record label founded by the famous German musician Nils Frahm. In addition to Kayikci, famed musicians such as Olafur Arnalds, Balmorhea, Lambert, Chilly Gonzales will take part in the album.

The 31-year-old pianist started to study different fields of art at an early age, such as piano, ballet, painting until college.

A graduate of interior architect, the Istanbul-based artist took the inspiration and technique drawn from the world of design and worked on minimalist and neoclassical compositions for the piano.

The 30-year-old pianist released her debut album, Sketches 1 (Eskizler 1 in Turkish) independently in 2019. It consists of nine works in minimalist and neoclassical style.

She recorded her second album, Tuna, in 2020 on an Architizer award-winning design piano named Una Corda at her workshop in Hungary at the invitation of David Klavins, a German-Latvian piano maker. Her single Birth (Dogum) was used in a show by the New York Theatre Ballet last autumn.

Later during the lockdown, she released two more singles, inspired by Istanbul’s multicultural historic neighborhood Kuledibi ‘’Kuledibi No.1’’ and ‘’Shadows’’.

This year in June, Kayikci will take the stage at the German music festival Maifeld Derby along with London Grammar, Kings of Convenience, King Gizzard.

She is expected to perform in Belgium, the UK, and the Netherlands later this year.