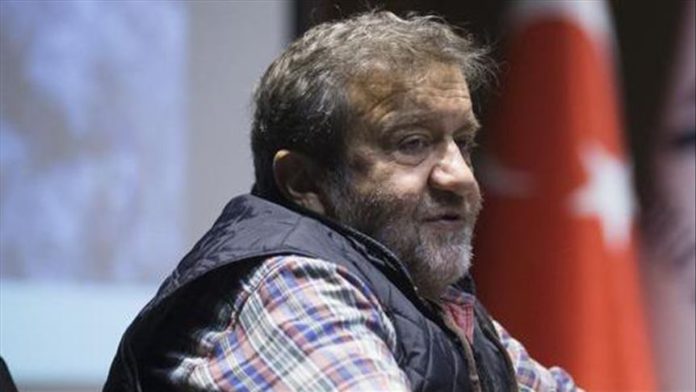 Exodus – Deja Vu project has garnered international acclaim since it was first held in 2016 and features the works of renowned photographers and photojournalists such as Coskun Aral, Guillermo Arias, Yalda Moayeri, and Sergey Ponomarev among others.

Anadolu Agency is the global communication partner for the event, alongside other reputed organizations including UNHCR and Amnesty International.

This year, due to the coronavirus outbreak, the exhibition was held online and was opened for viewers on June 20, World Refugees Day.

Photographers were interviewed online, talked about their featured work in the project, and the significance of World Refugees Day for a photo-journalist.

He became a part of the Exodus Deja Vu project, after his extensive work on refugees in Sweden.

Coskun Aral’s photographs featuring refugees fleeing from Iraq to Turkey from Saddam’s brutality, dated 1991 are featured in the project, among others.

“It has been 30 years, but sufferings of the refugees have not changed, in the same geography. There was another crisis in the 1970s in Iraq, too. That was the time when I decided to photograph refugees, and tell their stories to the world,” he said.

He worked in Africa, Pakistan, India, and many other countries, and experienced the same sufferings.

Refugees have a struggle of survival, and right now COVID-19 is not their only problem. We have to think about that and exert all our efforts to better this situation, according to the photojournalist.

“We have to increase these kinds of projects, events, we need to do this more. Not only photojournalists, but everyone with a conscience need to bring attention to refugees,” he added.

Anyone can become a refugee overnight

Governments need to lead people and organizations to raise awareness for refugees, and people should act with conscience, Aral said.

It is of utmost importance to deal with negative perspectives over refugees. And it is for us, the people, to do that, Aral stressed.

“This hardship can happen to anyone in our world. In Rwanda, I witnessed many brutalities, deaths of hundreds of thousands. When this hardship hits people, they tend to lose reason completely, and it could happen to anyone. But we cannot do this for political benefits or creating cheap workforce out of refugees, but with humanitarian motivations,” he added.

Photography can raise empathy in people

People have been exiled from their countries for a long time, and images can raise empathy in the viewers’ eyes, according to Aral.

“A photojournalist should first of all act according to humanitarian purposes. But yes, photography can raise empathy and awareness in peoples’ minds about refugees,” added the master photojournalist.

Archiving, documenting is very important, it allows us to track our history, and look into the future more brightly. This is the same for photojournalism, he said.

Traumas that he experienced all around the world in war zones also affected him badly, physically, and psychologically.

“I have faith that we do things for a reason. We are obligated to read, work, question, and that is what I did with my camera,” he said.

Project is continuing with more interviews

The first Exodus exhibition was held in 2016 in Kuala Lumpur, followed by showings in Bangkok, Chiang Mai, Ankara, and Istanbul.

It was due to tour European and US cities in 2020 but those plans were shelved due to the coronavirus pandemic.

Photographers featured in the project will be interviewed daily on the project’s Instagram page.

The exhibition can be viewed online at “www.exodus-dejavu.com”.