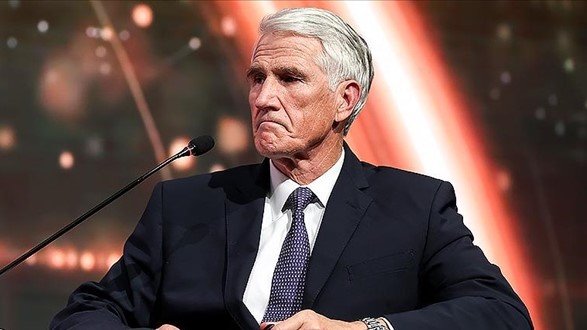 Turkish people rejected the July 15, 2016 coup attempt not only with words but also with actions, and in many cases, with their lives, said Mark Kimmitt, former assistant secretary of state for political-military affairs.

In an interview ahead of the anniversary of the 2016 defeated coup, staged by the Fetullah Terrorist Organization (FETO), Kimmitt said he was in Baghdad at the time, and “it was upsetting for me as a military man.”

“Because even though there are some elements of the Constitution that ask the military to uphold the state, it seems to me that the military went outside of their constitutional responsibility to conduct a coup,” he said.

Stating that the military is supposed to be responsive to the government and the people, the retired brigadier general said at that time, it did not seem that the coup plotters were working either in the interests of the government or the people of Turkey.

Kimmitt said the people of Turkey rejected the coup because they were more concerned about the country, which he said would become under a military dictatorship.

“But in any case, regardless of the motivation of the military, it should be considered a point of pride among the Turkish people,” said Kimmitt of the people’s rejection of the coup.

Gulen has lived in self-exile in the United States near Saylorsburg, Pennsylvania since 1999.

Since the defeated coup attempt, Turkey has sought Gulen’s extradition from the US and complained that Washington is not moving fast enough.

Turning to Gulen’s extradition, Kimmitt said he does not believe the United States is intentionally harboring Gulen and he hopes the legal issues are resolved sooner rather than later.

“But this is not a decision that the president can make, nor Congress can make in terms of the extradition. It is a legal issue,” he said.

“While all of us would like to see the situation resolved soon, we must respect our courts, that they are working in the proper direction, free of political influence in terms of moving this case along.”

*Servet Gunerigok contributed to this story