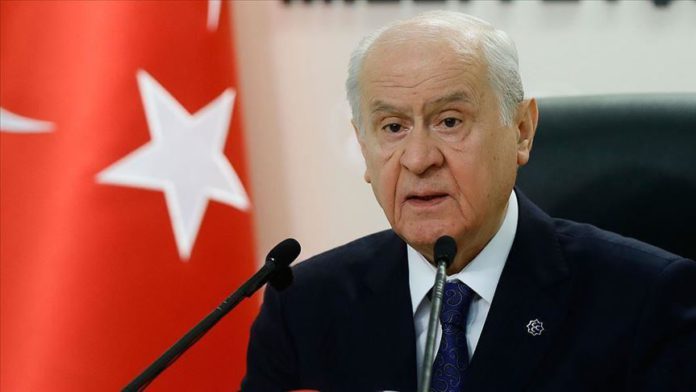 The head of a Turkish political party on Sunday criticized remarks by the US presidential front-runner hinting he could seek regime change in Turkey if elected.

Responding to a recently surfaced video with Joe Biden, the presumptive Democratic Party nominee, Nationalist Movement Party (MHP) leader Devlet Bahceli said: “It has been proven who is behind the coups, interference, crises, terrorist acts, and anti-democracy efforts.”

Bahceli’s written statement seems to refer to claims by some in Turkey that the US is behind various anti-Turkish conspiracies.

“It is a mean plan to aim to overthrow our President Recep Tayyip Erdogan and emphasize that it should be done not by a coup but by supporting the opposition through elections,” Bahceli added.

Just as the MHP condemns Biden, Biden’s Democratic Party should do the same, said Bahceli.

Biden’s remarks – recorded last December but first reported on Saturday – drew condemnation from the entire political spectrum in Turkey, including both government and opposition.

Turkish-US relations have been under strain for a number of reasons such as Ankara’s purchase of Russian S-400 missiles and counter-terrorism operations in northern Syria against the YPG/PKK, a terror group the US has supported as an enemy of Daesh/ISIS.

Moreover, Turkey’s calls for US extradition of Fetullah Gulen – US-based ringleader of the Fetullah Terrorist Organization, the group behind the 2016 defeated coup that left 251 people martyred and thousands wounded – have so far fallen on deaf ears.