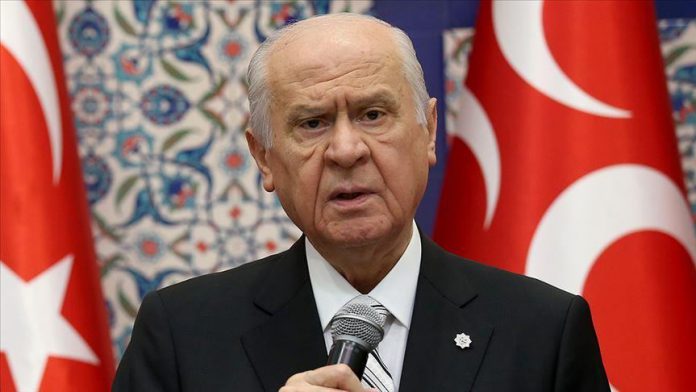 Turkey’s main opposition party leader blasted Tuesday the searching for establishing new political parties in the country, saying the main goal is not to meet political and social need, but “to conspire against the country”.

In a written statement, Devlet Bahceli of the Nationalist Movement Party (MHP) said “the complicated and dirty actions” of those who want to “sabotage” the politics have accelerated and has become widespread recently.

Seeking for new political parties does not aim to meet “a political and social need” but it is “a cheap order of inventors of conspiracy and fiction [plotting] on Turkey,” he