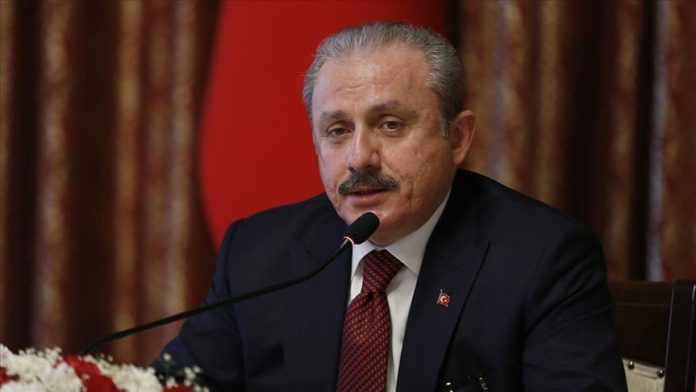 The Turkish parliament’s speaker is set to leave for Azerbaijan on Sunday for a three-day official visit.

According to a statement by the speaker’s office, Mustafa Sentop will start his visit on Sunday which marks the Independence Day of Azerbaijan.

On Tuesday, Sentop will address Azerbaijani lawmakers in the National Assembly.

Meanwhile, Sentop added Azerbaijan’s flag to the cover photo of his official Twitter account to show solidarity with Azerbaijan against Armenia’s attacks on civilians in Upper Karabakh.

Clashes erupted between the two countries on Sept. 27 and Armenia has since continued its attacks on civilians and Azerbaijani forces, even violating a humanitarian cease-fire that came into force last week.

World powers, including Russia, France, and the US, have called for cessation of hostilities. Turkey, meanwhile, has supported Baku’s right to self-defense and demanded the withdrawal of Armenia’s occupying forces.