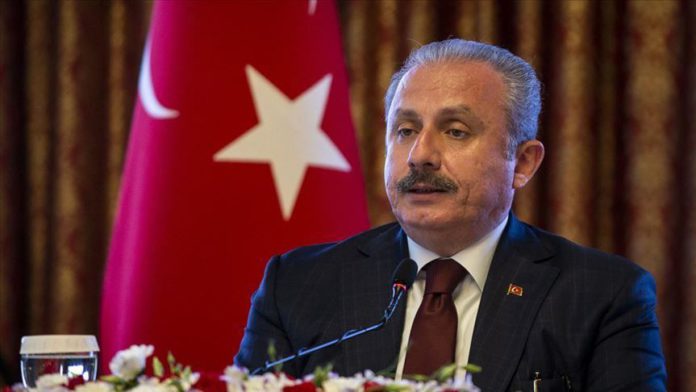 “I regretfully condemn Nancy Pelosi,…, for making Turkey the subject&addressee of her heinous language which she uses in domestic political payoffs in the US and making ignorant and disrespectful characterizations about Turkey,” Mustafa Sentop wrote on Twitter.

He reminded her of Turkey’s parliamentary and constitutional tradition for 144 years, citing that Turkey was one of the world’s long-established democracies among countries.

“If Nancy Pelosi is sincere about the sensitivity of democracy, she must pay in front of the global community for the US policies that prefer useful dictators and pro-coup generals against legitimate leaders and that support coups d’état in various countries including Turkey,” he said.

“I advise N.Pelosi&other like-minded politicians to give up running election campaigns by attacking other countries&in particular Turkey and learn to make politics w/out taking shelter in the concept of democracy which had been disgraced by some hypocrite western politicians,” he noted.

During a press conference Wednesday, US President Donald Trump was asked if there would be a peaceful transition of power if he loses the 2020 presidential elections.

Turkey rejects, denounces in strongest terms statement of US president regarding events of 1915: Foreign Ministry