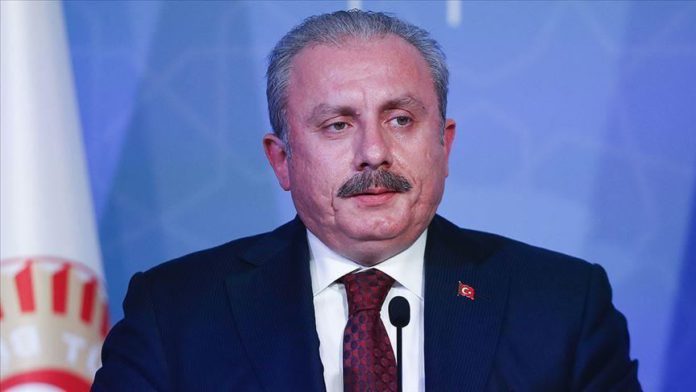 The head of Turkey’s parliament on Saturday slammed a new agreement between the United Arab Emirates (UAE) and Israel to normalize relations.

Sentop also evaluated France’s attitude in the Eastern Mediterranean and said French President Emmanuel Macron, who is in political trouble, is trying to make moves toward domestic politics. “But I think he does not have a serious idea about what the consequences of violating international law will be,” he said.

Turning to north Africa, Sentop underscored that Turkey is the only country legitimately present in Libya according to international law, and he stressed that all countries, especially France, should respect peace in the world and especially in the region and international law.

Israel will “suspend” plans to annex parts of the occupied West Bank “and focus its efforts now on expanding ties with other countries in the Arab and Muslim world,” according to the statement.