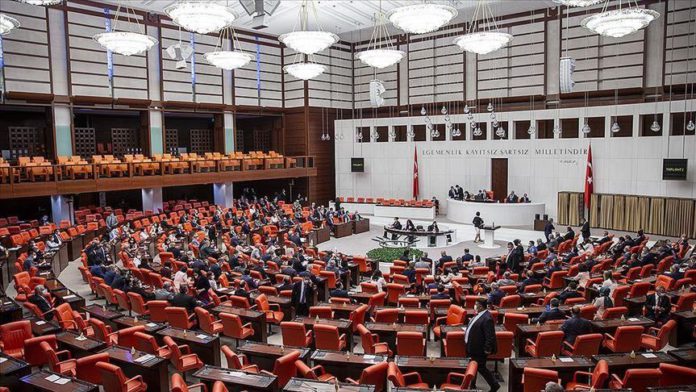 Turkish lawmakers on Tuesday began casting ballots to elect a new speaker of the parliament.

A secret voting is being held in line with the Turkish Constitution. It began at 4.14 p.m. local time (1314GMT) in parliament.

Mustafa Sentop, the current speaker and ruling Justice and Development (AK) Party’s nominee, is the strongest candidate for the post.

The Nationalist Movement Party (MHP) announced that it would support Sentop.

The main opposition Republican People’s Party (CHP) nominated Haluk Koc, a lawmaker from the capital Ankara who was born in 1954.

The opposition Good (IYI) Party nominated Imam Huseyin Filiz for the post. Born in 1950, Filiz is a lawmaker from the southeastern Gaziantep province.

The opposition Peoples’ Democratic Party (HDP) nominated Erol Katircioglu, born in 1951. He is a lawmaker from Istanbul.

Turkish Worker Party’s lawmaker from Istanbul Erkan Bas, born in 1979, is also among the candidates.

The first round of voting yielded no clear result, as all five candidates failed to secure the required two-thirds majority to win the seat.

A total of 556 lawmakers cast ballots, while eight votes were declared invalid.

A second round is currently underway.

Meanwhile, Bas withdrew his candidacy for the post at the beginning of the second round.

In the first two rounds of voting, at least 401 votes of out of 600 deputies are needed to win.

In a third round of voting, a minimum of 301 votes is needed. If a fourth round deems necessary, the candidate with the largest number of votes is elected for the post.