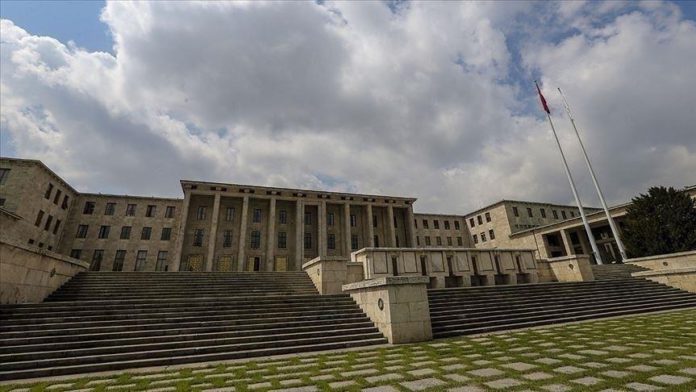 Turkey’s parliament will mark the fifth anniversary of the 2016 defeated coup by the Fetullah Terrorist Organization (FETO).

A commemorative ceremony will begin with Parliament Speaker Mustafa Sentop’s visit to the July 15 Democracy Martyrdom Monument at noon (0900GMT) in Ankara.

Honoring the thousands of people who took to the streets five years ago against the coup bid, the youth coming from Turkey’s 81 provinces will keep a “Democracy Watch” in front of the July 15 Monument at 10.45 p.m. (1945GMT) in parliament.

A number of structures and public spaces were renamed in the immediate aftermath of the coup bid, most notably Istanbul’s Bogazici (Bosphorus) Bridge becoming the July 15 Martyrs’ Bridge.