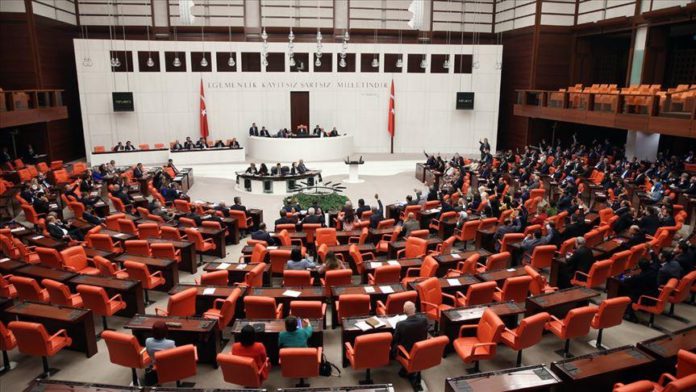 Turkey’s parliament speaker on Monday rejected US sanctions on the country over its missile defense purchases.

“Sanctioning complies neither with the spirit of alliance nor with the will to regain an ally,” Mustafa Sentop said on Twitter.

“The understanding that Turkey is obliged to procure only from them in the defense industry is outdated. We will continue to take every step necessary for our nation’s defense,” he said.

The sanctions, coming under the Countering America’s Adversaries Through Sanctions Act (CAATSA), target Turkey’s Presidency of Defense Industries (SSB), including its head Ismail Demir and three other officials.

“We condemn and reject the decision to impose unilateral sanctions against Turkey as announced today by the US in the context of Turkey’s acquisition of S-400 air defense systems,” the ministry said in a statement.

US President Donald Trump said in June 2019 that his predecessor, Barack Obama, had treated Turkey unfairly when Ankara requested to purchase US Patriot missile defense systems.

Before the decision Monday, President Recep Tayyip Erdogan said its ally the US should support it, not impose sanctions on it.

Turkiye does not want war between Russia, Ukraine: President Erdogan