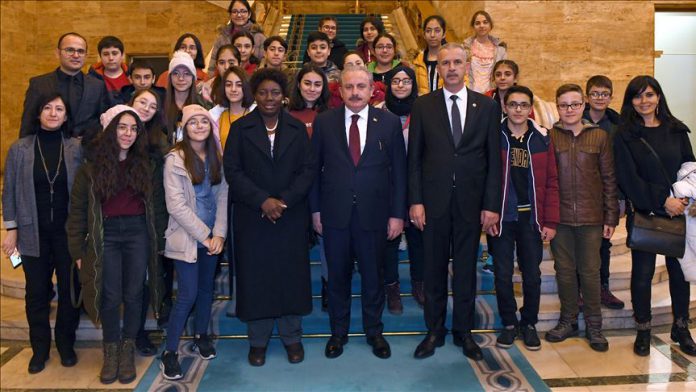 Turkey’s parliament speaker on Wednesday met with his Ugandan counterpart in the capital Ankara.

The closed-door meeting between Mustafa Sentop and Uganda’s Rebecca Kadaga lasted for nearly an hour at the Turkish parliament speaker’s office.

Following the meeting, Kadaga visited sections of the Turkish parliament which were bombed during the defeated coup of July 15, 2016.

Turkey also accuses FETO of being behind a long-running campaign to overthrow the state through the infiltration of Turkish institutions,

US Senate confirms Jeff Flake to be Washington's new envoy to...