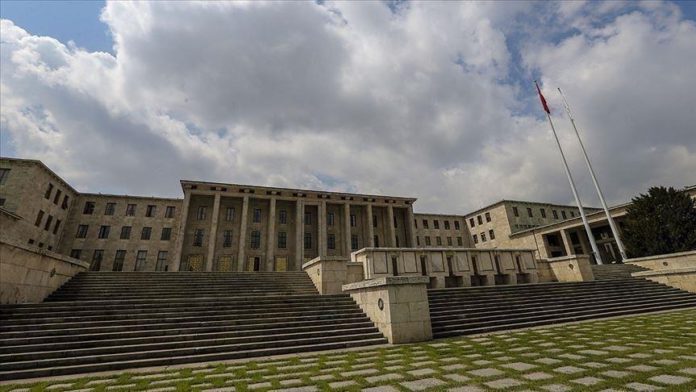 Turkiye’s parliament speaker on Tuesday condemned the forced eviction of the Salhiyeh family from their home in the Sheikh Jarrah neighborhood of occupied East Jerusalem.

“The ongoing policies, evictions and displacements of our Palestinian sisters and brothers in the Sheikh Jarrah neighborhood as well as in other Israeli-occupied lands we have been witnessing since last Ramadan are against human rights and international law,” Mustafa Sentop said in a message as the term president of the 16th session of the Parliamentary Union of the Organization of Islamic Cooperation.

“We are confirming our full support for the honorable struggle of the Palestinian people, and we are inviting the international community not to turn a blind eye any longer, declaring that the attacks towards the demographic and legal status of Al-Quds (Jerusalem) are the biggest obstacle for the search of a solution and lasting peace,” he added.

Israeli forces demolished the Palestinian house that is at the center of an anti-expulsion campaign in the neighborhood.

Israeli police went to the home of the Salhiyeh family before dawn, assaulted a number of its occupants, and demolished the house after a forced eviction, Walid Tayeh, the family’s lawyer, told Anadolu Agency.

The Salhiyeh family said they had been living in the home since 1948 after they were expelled from the Ein Karem neighborhood of West Jerusalem.​​​​​​​