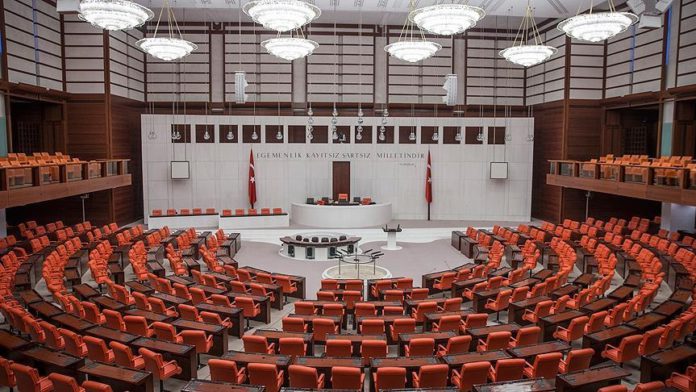 A total of 266 lawmakers voted in favor of the declaration in the 581-seat parliament, while 11 lawmakers were against it.

The declaration, signed on June 15, 2021, envisages the raising of relations between Turkiye and Azerbaijan to the level of an alliance.

Emphasizing that Armenia’s groundless allegations against Turkiye and attempts to distort history are damaging peace and stability in the region, the declaration states that the opening of the Zangezur corridor connecting Turkiye and Azerbaijan and the Nakhichevan-Kars railway will contribute to the strengthening of relations.

The ceremony was attended by Turkish President Recep Tayyip Erdogan and his Azerbaijani counterpart Ilham Aliyev in Shusha, which was liberated in November 2020 from nearly 30 years of Armenian occupation.

The declaration affirms joint efforts by the two armies in the face of foreign threats, and the restructuring and modernization of their armed forces.

Turkiye was a key backer of Azerbaijan during the 44-day Karabakh war between Azerbaijan and Armenia, which erupted on Sept. 27, 2020 and ended with a Russian-brokered cease-fire on Nov. 10.