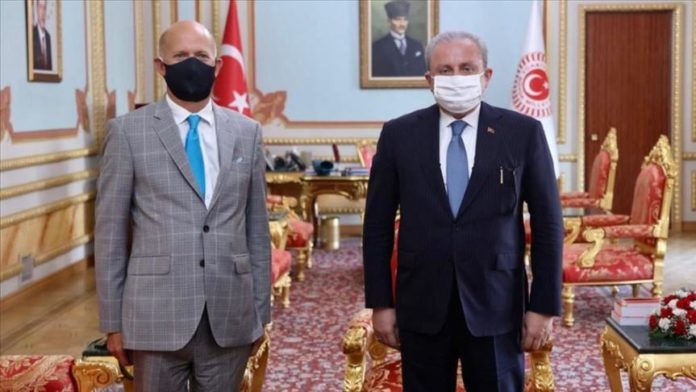 Turkey’s parliament speaker on Tuesday received the British ambassador to Turkey in the capital Ankara.

According to a statement by the speaker’s office, Mustafa Sentop and Dominick Chilcott discussed interparliamentary, economic, and commercial ties between the two countries.

Sentop said the relations of the friendship groups between the two parliaments should be improved.

He also extended his invitation to Jacob William Rees-Mogg, leader of the House of Commons, to pay a visit to Turkey.

Turkey and Britain have said they seek stronger ties between the two countries in the post-Brexit era, after the end of the transition period late this year.