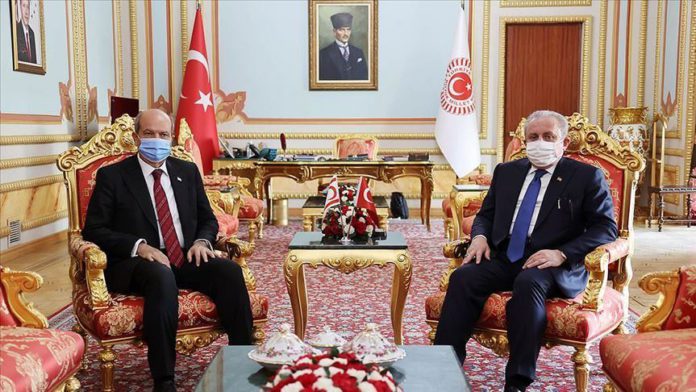 Turkey’s parliament speaker on Tuesday met with the newly elected president of the Turkish Republic of Northern Cyprus (TRNC) visiting the capital Ankara.

According to a statement by the speaker’s office, Mustafa Sentop and TRNC President Ersin Tatar discussed possible cooperation between the two countries.

TRNC Ambassador Kemal Koprulu also took part in the meeting, after which Sentop offered a luncheon in Tatar’s honor.

Then-Prime Minister Ersin Tatar on Oct. 18 won a presidential runoff election in the TRNC with 51.74% of the votes, beating incumbent Mustafa Akinci’s 48.26%.

Tatar is the TRNC’s fifth president, and is set to serve a five-year term.