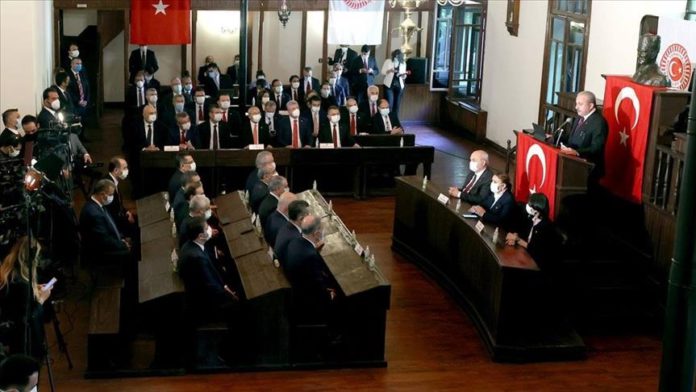 “The celebration of April 23, which is the day of our parliament’s opening, as the National Sovereignty and Children’s Day is a manifestation of the transfer of power, which we have taken from our history, to the architects of our future,” Mustafa Sentop told in a statement.

Sentop said that their primary duty was to leave children a livable and beautiful world.

He underlined the need to prepare children according to the requirements of the current age.

“We’re aware of our responsibility,” he said.

April 23 celebrations in Turkey focus on children after Ataturk, the country’s founder and the first speaker of its parliament, dedicated the day to children all over the world.

The Grand National Assembly met for the first time in 1920 in Ankara, the country’s future capital, during the War of Independence to lay the foundations for an independent, secular, and modern republic.