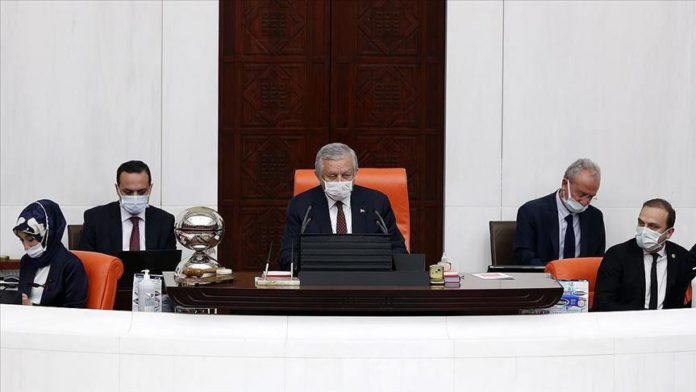 In a joint declaration on Tuesday, the Turkish parliament condemned the French president’s remarks against Islam.

“The representatives of political parties in the Turkish Grand National Assembly strongly condemn provocative, disrespectful and dangerous remarks of French President Emmanuel Macron towards Islam and its beloved Prophet Muhammad and Muslims,” read the declaration.

“We call on the world’s opinion leaders, politicians, philosophers, artificers, and social parts to adopt an attitude towards common sense and peace against this ugly attitude,” it added.

Macron has sparked outrage across the Muslim world by accusing French Muslims of “separatism,” and describing Islam as a “a religion in crisis.”

This coincided with the murder of a French teacher who showed caricatures of the Prophet Muhammad in class. Macron paid tribute to him, and said France would “not give up our cartoons.”

While calls for a boycott on French products are also circulating online in many states, Erdogan has urged the Turks “to never help French brands or buy them.”