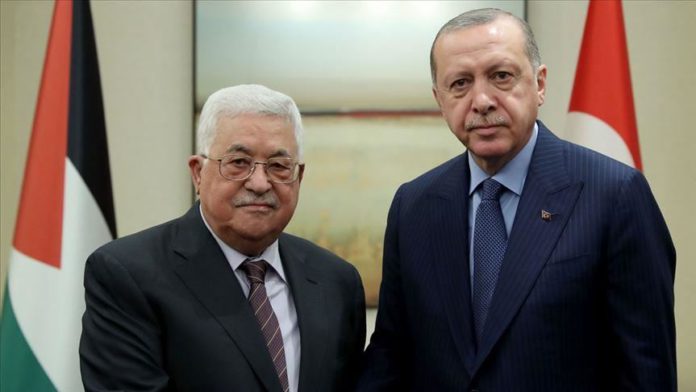 Turkey’s president reiterated his country’s support for Palestine in all areas, speaking with his Palestinian counterpart, the Communications Directorate said Thursday.

In a phone call, Recep Tayyip Erdogan and Mahmoud Abbas discussed relations between Turkey and Palestine as well as regional developments, the directorate said in a statement.

On Tuesday, Abbas said Palestine is terminating all agreements and understandings signed with Israel and the US, including on security.