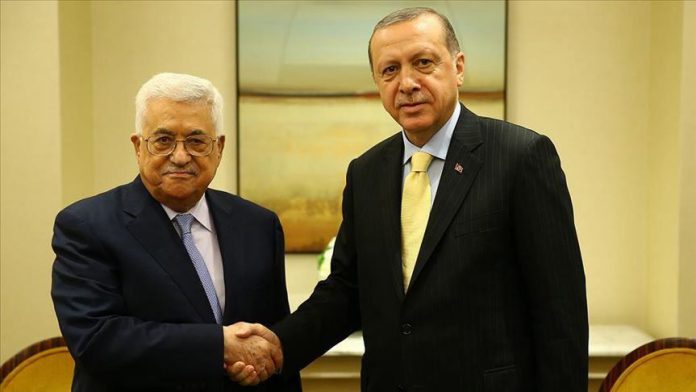 Turkey’s President Recep Tayyip Erdogan on Friday held a phone conversation with his Palestinian counterpart Mahmoud Abbas, according to the Turkish communications directorate.

Erdogan and Abbas talked about the latest developments and regional issues.

On Tuesday, U.S. President Donald Trump released his plan to end the Israeli-Palestinian dispute at the White House alongside Israeli Prime Minister Benjamin Netanyahu, with no Palestinian officials present.

During the event, Trump referred to Jerusalem as “Israel’s undivided capital.”

UN official welcomes extension of aid delivery to Syria for another...