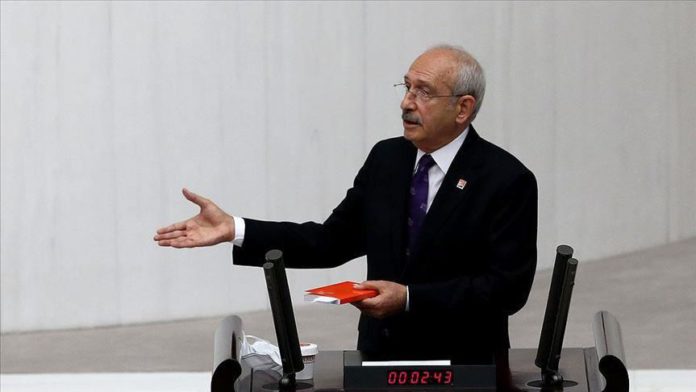 Pointing to the legal process of a former party lawmaker, Turkey’s main opposition party leader on Tuesday called for reforms to what he called an “eroded” judicial system.

“According to the Constitution, if a lower court refuses to abide by a higher court ruling, this is an issue,” Kemal Kilicdaroglu, leader of the Republican People’s Party (CHP), told party lawmakers.

He spoke after an Istanbul criminal court decided that Enis Berbeoglu, an ex-CHP lawmaker, would not be retried despite a Constitutional Court ruling sending his case back for retrial, as his rights were violated.

The judicial system has been “eroded,” Kilicdaroglu said, adding: “We should all work against this erosion.”

In 2017 Berberoglu was sentenced to nearly six years in prison for leaking footage showing National Intelligence Organization (MIT) trucks being stopped en route to Syria in 2014.