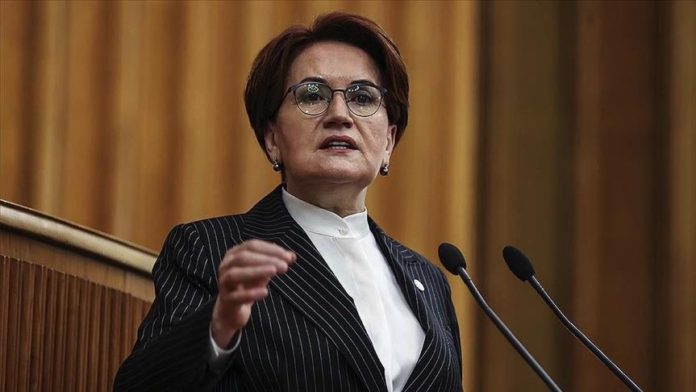 “There is no Turkish occupation in Cyprus but Turkish presence. Keep it in your mind,” Meral Aksener, the head of IYI (Good) Party, said in response to Mitsotakis’ comments.

On Monday, the Greek premier called for ending “Turkish occupation” in Cyprus, saying the only solution to the Cyprus issue was a federal formula between the two states.

“Mr. Prime Minister! Turkish Republic of Northern Cyprus is a sovereign state although you do not accept it,” Aksener said.

She urged Mitsotakis to keep his focus on the domestic issues of his country.

While Greece and the Greek Cypriot administration support a federation on Cyprus, Turkey and Turkish Republic of Northern Cyprus (TRNC) insist on a two-state solution reflecting the realities on the island.

Last week, Turkish Foreign Minister Mevlut Cavusoglu said at a joint news conference with TRNC President Ersin Tatar in the capital Lefkosa that negotiations based on sovereign equality are needed to resolve the Cyprus issue,