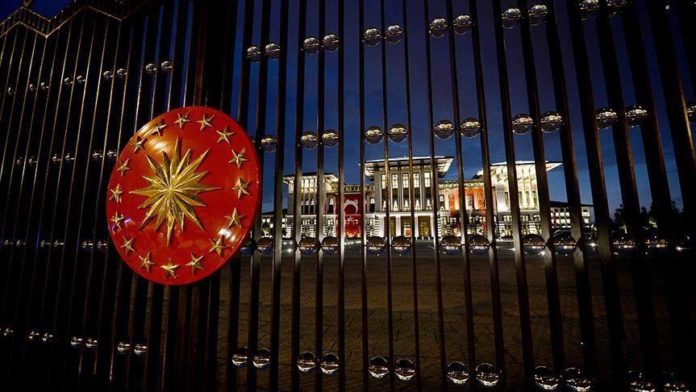 A prosecutor filed a case with the Constitutional Court earlier today and demanded the closure of the Peoples’ Democratic Party (HDP).

It is an indisputable fact that HDP has organic ties to PKK –which Turkey, the United States and the European Union consider a terrorist entity.

Turkey’s top prosecutor filed an indictment earlier in the day seeking the dissolution of the HDP, calling it an undemocratic party that colludes with the PKK terrorist group and seeks to destroy the unity of the state.

“It is an indisputable fact that the HDP has organic ties to the PKK, which Turkey, the United States and the European Union consider a terrorist entity,” Fahrettin Altun said on Twitter.

Altun said the HDP’s senior leaders and spokespeople, through their words and deeds, have repeatedly and consistently proven that they are the PKK’s political wing.

“Whether that relationship warrants the HDP’s closure or its subjecting to another punitive measure is a question that the Constitutional Court alone can answer,” he said.

He also urged all parties to respect Turkey’s independent judiciary and count on its legal system to deliver justice.

The move follows growing calls by Turkish political leaders for the HDP to be officially closed down. In recent years, more and more HDP executives and elected officials have been charged with terrorism-related offenses.

Turkish leaders have long argued that the HDP is little more than a front group for the terrorist PKK.

In its more than 35-year terror campaign against Turkey, the PKK – listed as a terrorist organization by Turkey, the US and the European Union – has been responsible for the deaths of at least 40,000 people, including women, children and infants.