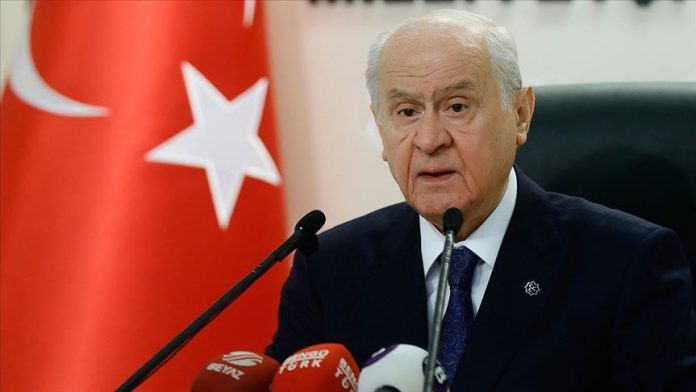 An opposition party leader on Wednesday voiced support for the Turkish president ahead of a meeting with his U.S. counterpart Donald Trump.

“Whatever result comes out of the meeting in the U.S., Turkey is of one heart,” said Devlet Bahceli of the Nationalist Movement Party (MHP).

Turkey’s Recep Tayyip Erdogan is expected to meet Trump Wednesday at the White House. The two leaders will address a joint news conference after the bilateral meeting.

The MHP leader criticized U.S. support for terror groups in Turkey and in the region.