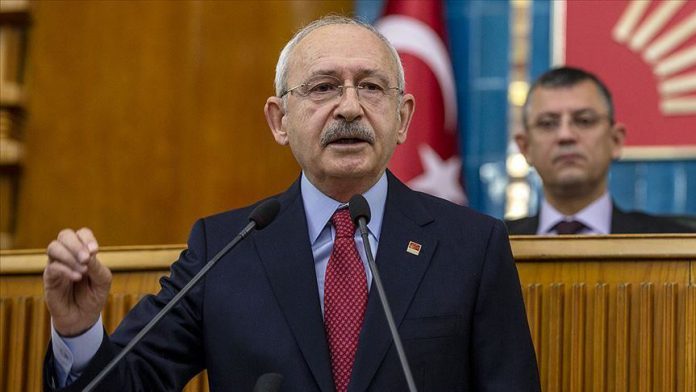 We have never supported the Syrian regime and we will not support it in the future, Turkey’s main opposition party leader said on Tuesday.

“We have never backed any regime that compromises democracy,” Kemal Kilicdaroglu, the leader of the Republican People’s Party (CHP), told his party’s lawmakers at the parliament.

Kilicdaroglu asserted that his party advocated living “with our neighbors in peace in every region”.

His remarks came a day ahead of Erdogan’s visit to Moscow on March 5.

Ankara on Sunday launched Operation Spring Shield after 34 Turkish soldiers were martyred in Idlib, the last stronghold of opposition