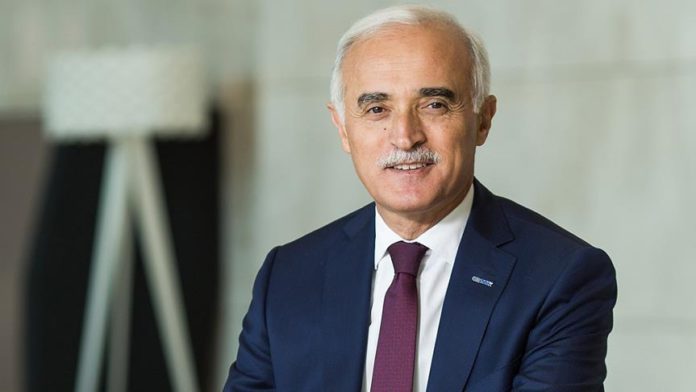 The landmark free trade agreement signed between Turkey and the UK has shown that the European Union Customs Union falls behind on many fronts, a top Turkish official said Wednesday.

The deal between Ankara and London signed last week could be a model for updating the customs union, said Nail Olpak, the head of Turkey’s Foreign Economic Relations Board, at a virtual meeting.

Despite Brexit, UK is the biggest trade partner of Turkey, he recalled.

Touching on Turkey and EU relations, he said political issues affect business people and membership negotiation had practically come to a halt.

“Sanction statements from time to time also make us sad,” he added.

He also said that the current tensions between the EU and Turkey extrapolate costs for traders on both sides.

Mehmet Kemal Bozay, the permanent representative of Turkey to EU, said the Eastern Mediterranean and Cyprus issues will not only determine Turkey-EU relations, but also the bloc’s strategic vision.

The EU ignored peaceful solutions for the Eastern Mediterranean and Cyprus issues, he noted.

In the summit held last December, some countries stressed that an injustice to Turkey may damage the precedent set to respect international law, he underlined.

He also said Turkey tried to begin exploratory discussions but the other side rejected.

Turkey expects that the EU will act with good sense, and the country continues to take diplomatic steps for the report, which will be prepared in March by the EU, he said.

“Our expectation is that our demands for a peaceful solution will be met.”