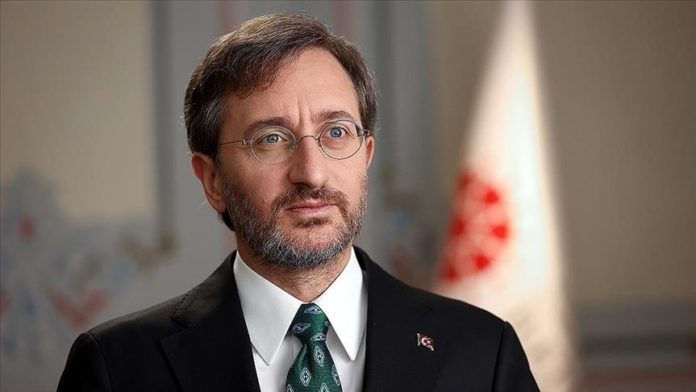 Turkey’s communications director’s speech on Armenian terrorist organizations will be broadcast on 150 local channels after being banned by YouTube, according to the Association of Anatolian Publishers (AYD).

In a statement on Friday, the AYD said social media platforms ignoring “hate speech against Muslims” but including “black propaganda” of terrorist organizations has now become a “national security problem.”

It accused social media companies such as YouTube of allowing “the praise of Armenian gangs who martyred Turkish diplomats” while practicing “censorship when it comes to Turkey.”

“As the Anatolian Publishers Association, we will continue to fight on this issue,” said AYD President Sinan Burhan. “We need local and national platforms in the field of media and communication, as in every field.”

“I regret to say that the speech I made at the Martyr Diplomats Exhibition was censored by YouTube. This speech supposedly contained hate speech,” Fahrettin Altun tweeted on Thursday.

On April 24, he delivered a speech at The Martyred Diplomats Exhibition, which was held simultaneously at Istanbul’s Sirkeci Station and in Los Angeles.

It was dedicated to Turkish diplomats who continued their duties despite threats and attacks by Armenian terrorist groups between 1973 and 1984, and lost their lives for this purpose.