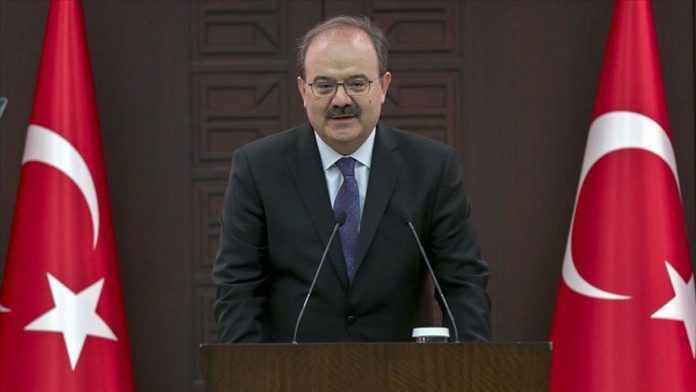 A top Turkish official has called for dialogue with Arab states, calling it the best way to overcome misunderstandings, especially in the face of fabricated allegations, he told a Jerusalem-based Arab-language daily.

In an email interview with Akhbar al Balad published on Monday, Serdar Cam, Turkey’s deputy culture and tourism minister, said that dialogue is “exactly what must be accomplished for peace and prosperity.”

“Everyone must embrace it as the one and only possible way for solving problems. However, fairness should be the other issue in providing good relations.”

Cam warned that there are some groups and powers who try to block channels of Turkey’s dialogue with the world, especially with its neighbors.

“These elements produce formulaic news against Turkey and President [Recep Tayyip] Erdogan, which you probably have watched or read frequently in recent years. These are fake, fabricated, and baseless allegations,” he said.

“Nearly all these news and articles are produced at one single center by elements of FETO [the Fetullah Terrorist Organization] and their domestic/foreign supporters (and some by other terrorist groups who define Turkey as their enemy) and are disbursed to various countries in different languages via their own or affiliated media channels.”

In the interview, Cam also decried baseless claim that the Turkish government has “neo-Ottoman” goals which are spread through the same channels with support by powers who want to weaken Turkey’s maneuverability to promote regional peace and prosperity.

“Turkey is a republic, a young republic, but is proud of her history, since this history differs significantly from those which are full of imperialism, destruction, tears, and blood,” said Cam.

“We want all countries to understand us in a just and correct way. Our efforts are directed only towards supporting and maintaining peace. Turkey is the most aware country that free and prosperous peoples make the foundation for regional peace. Hence, Turkey is in favor of regional cooperation through win-win policies which shall include all parties in the region,” he added.

Cam also said: “No peace initiative or agreement in the region is disturbing to us, instead we always work to improve regional peace. It is in fact what Turkey calls for, seizing every opportunity.”

But there are deals disguised as “peace” deals that do nothing to promote genuine peace, he argued.

Criticizing the controversial recent normalization pact between the United Arab Emirates and Israel, he said: “Though the treaty is called the Abraham Accords ‘Peace’ Agreement … [it excludes] the rights and expectations of Palestine.”

“If the countries are sincere in bringing peace to the region, the first thing is to act fairly,” he said.

The UAE and Israel on Aug. 13 announced a controversial agreement to normalize relations. The move was widely criticized by Palestinian groups and Muslim-majority countries as a betrayal of the Palestinian cause.

He added: “I think that the word ‘peace’ here deserves special attention: We have for a long time witnessed fast circulation of the word ‘peace’ in our region, but unfortunately it is about to lose its meaning and value, since there are numerous bad examples of contradiction between the rhetoric and what is really happening in the field.

“Turkey has always been serious and sincere in her pursuit of peace with all countries and warned all parties about the terrible results of such contradiction. Calling documents ‘peace agreements’ is meaningless if they do not really stop conflicts in the field.”

Nigeria: UN, WHO call for polio surveillance in Africa