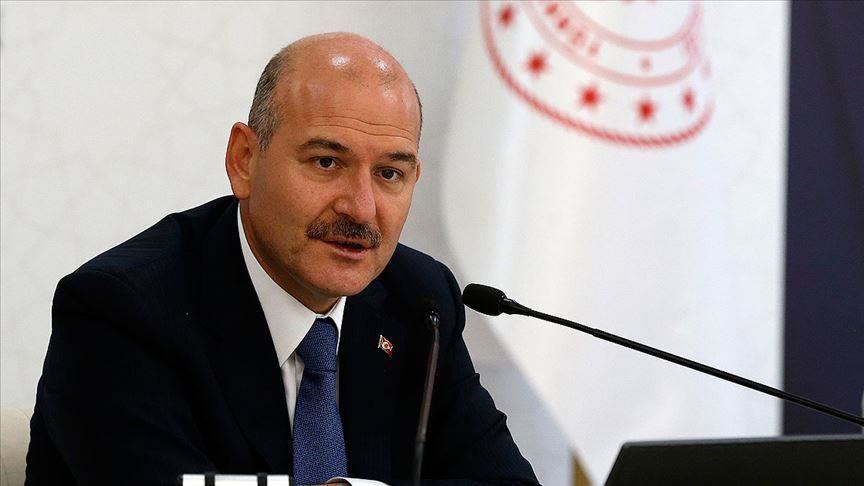 A senior Turkish official said Thursday that he believes the PKK terror group would likely be wiped out from the country in one year.

“This is my faith, our effort, our determination,” Interior Minister Suleyman Soylu said while addressing a graduation ceremony at the Gendarmerie and Coast Guard Academy in the capital Ankara.

Soylu said Turkey had achieved considerable success with efforts to eliminate terrorism at its source by conducting uninterrupted operations year-round.

The number of PKK terrorists inside the country is below 340, he said, adding that nearly 2,000 terrorists left the group voluntarily or through persuasion by Turkish security forces.

Soylu said Turkey is training pilots to fly drones, and that high-tech products are useful for law enforcers.

The flying time of Turkish drones increased by 42% compared to last year: 1,995 hours since the beginning of the year, and 25 times since 2016, he said.

The interior minister said that till October, at least 215 terrorists were neutralized through drones and manned reconnaissance aircraft, 43 by direct drone fire, while 53 terror shelters had been located through UAVs.