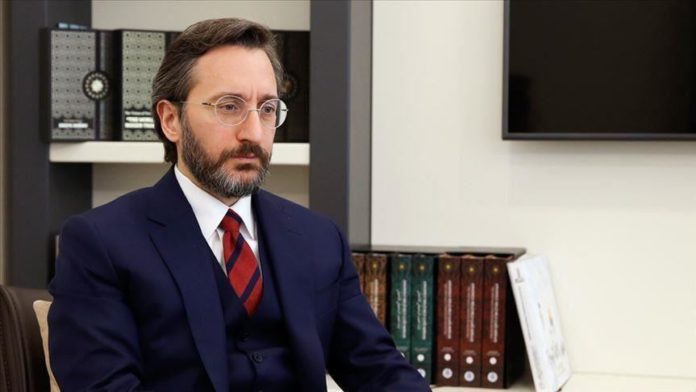 A Turkish official late Saturday said Turkey would do all it can to prevent the breaking of brotherhood and peace between Turks and members of minority communities after a recent hate attack on an Armenian church in Istanbul.

Communications Director Fahrettin Altun said in a tweet that the incident was a source of sorrow and would not go unpunished as officials would follow the judicial process.

He emphasized the Turkish administration would stand against any act to harm brotherhood in Turkey and said his country would do everything it can do prevent the disruption of peace.
He said he called the chair of the Surp Krikor Armenian Church Edvard Ayvazyan and offered condolences.

Altun’s comments came after a man broke a cross at a church in the Uskudar district of Istanbul earlier this week and fled the scene. He was later identified and arrested by security authorities.