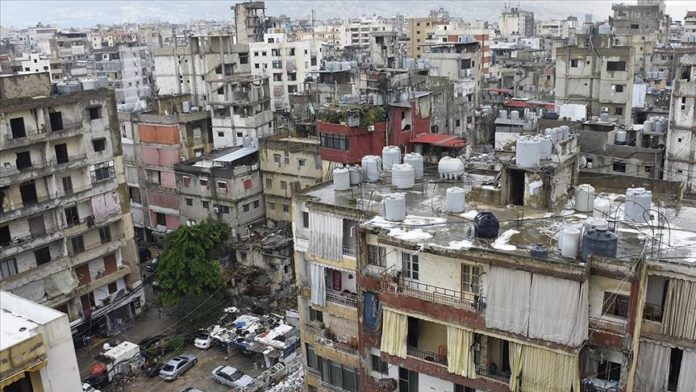 Several Turkish non-governmental organizations on Monday banded together to spearhead an aid campaign for Palestinians living under dire conditions in refugee camps in Lebanon.

While Palestinian refugees have been unable to return to their native land, they have faced a myriad of “chronic problems” and stand as one of the worst-affected groups in Lebanon, as the country grapples with the novel coronavirus outbreak, political instability and economic crisis, said Huseyin Oruc, the deputy president of the Istanbul-based Humanitarian Relief Foundation (IHH).

In an opening speech at an event in Istanbul, Oruc noted that Palestinian refugees in Lebanon were barred from social services, including public health care and education, while also being restricted from several occupations and were “deprived of many of their rights.”

At the program hosted by the Independent Industrialists and Businessmen’s Association (MUSIAD), he stressed that the overcrowded Palestinian refugee camps in Lebanon suffered from numerous problems — including extreme unemployment and poverty, as well as unhygienic conditions and lack of infrastructure, food and potable water.

“It is for these reasons that we […] are taking action first to meet food and other basic needs, as well as to repair dwellings and overcome problems in the refugee camps and the resolution of problems with respect to unemployment, education and health,” he said.

A total of 22 groups, including religious organizations, aid foundations, and labor unions, are taking part in the campaign that aims to complete 15 projects in various fields from income procurement to health, education, urban, social and religious services, among others.

A total of 475,075 Palestinian refugees live in Lebanon and this number rises to 600,000 with the unregistered ones, according to UN data.

Lebanon does not accept responsibility for the protection of refugees’ rights since it is not a party to the 1951 Convention and the 1967 Protocol regarding the status of refugees.

Lebanon is the second country where Palestinian refugees are subjected to the most rights violations after Israel.

US retail sales decline 1.1% in November